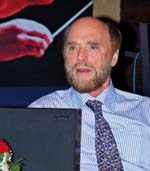 Professor Jack Denfeld graduated from Colby College and studied MA social psychology at Syracuse University, followed by an MA, MPhil, and PhD in organisational behaviour at Yale University. Prior to joining IMD, he was a pilot in the US Air Force, a research and teaching fellow at Yale University, and post-doctoral fellow in conflict management, mediation and negotiation at the American Arbitration Association in Washington DC.

Q. How do you define leadership as a phenomenon?

A. If you ask children who the leader is, they will most probably say the one who goes first. From a practical standpoint, I think that is an accurate description. I make a fundamental distinction between the word leader and the word leadership – leader indicates a formally designated ‘role’ that one occupies in a group, while, leadership indicates a fluid social process.

Q. How essential is it for a manager to be a good leader?

Q. What are the major challenges young leaders face and how can they address those challenges?

A. The British Military Academy, Sandhurst, used to give each cadet a little red book with passages extracted from the writings of various authors to keep on their night table. The book’s title was ‘Serve to Lead’. I think that captures the essence of responsible leadership. It marks the difference between politicians and statesmen. A thoughtful former British officer, John Adair, published a recent booklet titled ‘Mohammad as Leader’. It includes a quotation attributed to the Holy Prophet: “On a journey, the leader of a people is their servant.” The quotation captures the same principle. 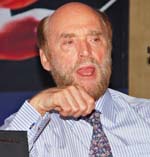 Q. ‘Socially responsible leader’ is a new concept today. What are your thoughts on this?

Q. What role does a leader play in the formation of organisational culture that accommodates ‘people first’ practice?

A. Unfortunately, ‘people first’ is yet another management buzzword at best. How many companies do you know which have incorporated this in their vision-mission statements, and which treat their employees as ‘human capital’? ‘Human capital’ is something to be bartered and traded, amassed and re-allocated as suits the production process. How many corporate employees of our corporations have not experienced unfair application of pay and benefits, reduction of headcount, prejudice and favouritism.

Q. Can you give us an example of an organisation that showcases great leadership?

A. The finest examples of leadership I have experienced were in the American military, when an element of selflessness was present. The worst abuses of leadership I have experienced have been in academic and corporate life, where a selfish, narcissistic element is pervasive. There has been some research that has demonstrated that the character traits in those being promoted to senior positions correspond to the core traits of those with narcissistic and psychopathic personality disorders.

Q. Why do talented employees quit despite working under ideal circumstances? Can we attribute it to faulty leadership?

A. When I was a military officer, there were problems with retention. I suspect there still is. At that time, the principal reason given by those leaving the service was lack of effective leadership. I think the junior officers expected too much from the senior officers, and the performance of those senior officers sometimes disappointed. Failure of leadership in a military organisation leads to death. Failure of leadership in a corporate organisation leads to ulcers and high blood pressure.

Q. What kind of leadership qualities do you see in fresh executives who comprise more than half of the population in your classes?

A. The leadership qualities I see in young executives are essentially the same as those in older executives, although the demands of their positions and roles are usually somewhat different – at least in some respects – and results in them being preoccupied with slightly different elements: technical at the most junior level, behavioural in the middle level, and strategic at the senior level.

When I first began working with executives 25 years ago, I preferred working with older managers because the younger ones were mostly under the delusion that if you had the money and technology, you and your company would be successful. The older ones had been around long enough to know that organisations fail not because they do not have access to capital or the latest technology, but because of a failure in leadership. I shifted about 12 years ago and began working with younger MBA passouts and found that if one created the conditions in which they were able to access a deeper and emotional level of human existence, then their development would be accelerated.

At the same time, I saw many of the older managers stuck in increasingly impersonal, financially driven organisational systems, who were fearful of risking their security in exchange for personal development.

Q. What are some of the major differences you see in western and eastern leadership styles?

There are minor cultural differences, but the essence of leadership is essentially timeless and it is at that archetypal level I attempt to touch and in which I attempt to develop the individuals in my leadership streams.

A. Mahatma Gandhi, of course. He is a great example of selflessness, and of incorporating what I believe to be an axiom of leadership – that the single-minded devotion great leaders manifest in following their vision – the passion of their beliefs and values – derives from suffering and leads to, in the best cases, attainment of wisdom. And, such wisdom is of a different quality than simply the ‘information’ and ‘knowledge’ that contemporary business and governments attempt to champion.

Q. Who do you consider to be the two greatest leaders in the history? What made them great?

A. I do not believe that the greatest of those who have exercised leadership in the service of their people even consider questions like ‘who is the greatest’. They have been too occupied with exercising leadership responsibly to think of themselves as great.

I believe the practice of leadership was much too consuming for them to be concerned with their own ego and where it ranks them on different kind of ‘top 500’ lists of global leaders. So, in trying to show respect to all those who have exercised leadership responsibly and efficiently over the millennia, I will let the question pas 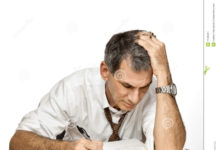 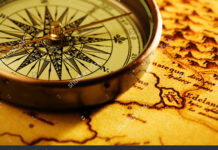 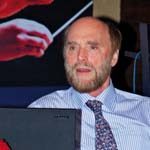