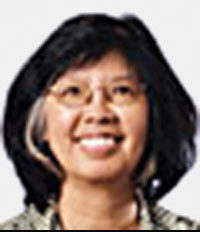 Cyprus’ radical bank restructuring, which will impose severe losses on large depositors, is the latest crash of an offshore financial center. Countries with light financial regulation and supersize banking sectors are particularly vulnerable to reversals in capital flows, which can cause destabilizing booms and busts.

Iceland and Ireland, whose banking sectors also grew to multiples of their GDP, are but recent examples. Offshore banking played a key role in the 1997-1998 Asian financial crisis, and exacerbated banking crises in Latin America during the first half of the 1990s.

Many factors contributed to Cyprus’ bank insolvencies, from bad loans to finance a property bubble to a large write-down of Greek sovereign debt. Cypriot banks lost more than 4 billion euro in the Greek government’s 206 billion euro debt swap in early 2012.

In exchange for a 10 billion euro bailout from the European Stability Fund, Cyprus will restructure its largest banks, with uninsured depositors receiving large haircuts. The government has imposed capital controls, including limits on credit and debit card charges and on the amount that can be taken out of the country.

This may prevent an immediate run, but as soon as controls are eased, nonresident depositors will surely move their money. Cyprus will need to develop a new business model for its financial sector.