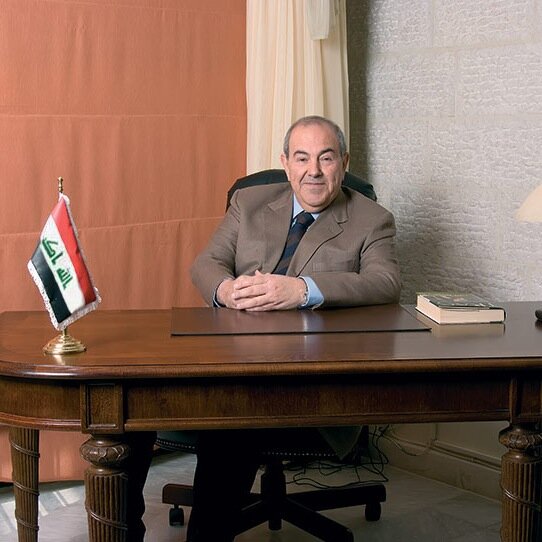 Ten years have passed since Saddam Hussein was removed from power, following more than three decades of tyrannical rule. The dream of Iraqis after Saddam’s fall was to build a new, prosperous, and democratic Iraq. A country at peace with itself and its neighbors, with a constitution upholding basic human rights and the rule of law, was the desire of almost everyone in post-Saddam era.

But the United States and its allies, lacking a coherent vision of Iraq’s future, much less a sound policy for the post-Saddam era, declared Iraq an occupied country, with a US-appointed administrator, L. Paul Bremer, to run the country, who soon decided to dismantle all existing security, military, and media institutions. He also introduced a de-Baathification law, which evicted members of the Baath Party from official positions without legal recourse, paving the way for sectarianism and, ultimately, communal violence and unrest.

These unfortunate – and ultimately disastrous – events established an unstable foundation in a strategic country at the core of a highly troubled yet vital region of the world. As Iraq moved through progressive phases of mismanagement over the subsequent ten agonizing years, the country fractured, shattering the dreams of Iraqis who saw their beloved homeland once again sliding toward authoritarianism, with almost daily violations of the constitution. What kind of democracy the US was willing to bring to Iraq – a country in shambles where millions of Iraqis were victims of genocide. The world just watched, seemingly helpless to do anything

Iraq’s last general election, in 2010, brought hope of recovery in the form of a power-sharing agreement among Sunni, Shia, and Kurds, which was supposed to ensure that the country did not revert to dictatorship. Iraqiya, which I lead, was the largest electoral bloc to emerge from that vote. But, despite our status, we agreed to give up the leadership position afforded by the Constitution in the belief that power-sharing and respect for the rights of all Iraqis is the only formula for governing the country democratically. These hopes, however, soon vanished, as Iraq’s two-term prime minister, Nouri al-Maliki, subsequently reneged on the agreement.

Today, the very human rights that were guaranteed by the constitution are being violated, with a politicized judiciary routinely abused and manipulated in order to justify the prime minister’s actions. Instead of keeping the Maliki government in check, the courts facilitate its quest for ever-greater power.

Making matters worse for ordinary Iraqis, public services have deteriorated to a dismal level, and unemployment is rising sharply, despite public expenditure in excess of $500 billion over the seven years of Maliki’s rule. Sectarianism and racism have become a regular feature of the political landscape. Corruption is rampant, and Baghdad is now considered one of the world’s worst places to live.

If Iraq continues along its current disastrous path, mayhem and civil war will be the inevitable outcome, with dire consequences for the entire region. Yet Iraqis continue to hope for a better future.

The advent of a new electoral cycle, which begins with local elections in April, may provide another opportunity to put Iraq on the right path. But that can happen only if the voting is free and the counting is fair. The current government, however, is unable to supervise free and fair elections. Significant measures must be taken, including the active involvement of neutral international agencies and observers to keep the government in check and ensure that voters can have their say. We are hopeful that Iraqis, who have had their fill of sectarian political parties, will be allowed freely to choose candidates who embrace a non-sectarian and non-racist agenda.

Given a new law limiting senior officials to two terms in office, we also hope to see new and accountable leaders in positions of power. I am certain that power-sharing, reconciliation, and accountability are the only way forward for Iraq. Let us hope that this spring – ten years after the US invasion and Saddam’s downfall – brings Iraq a new and constructive beginning.