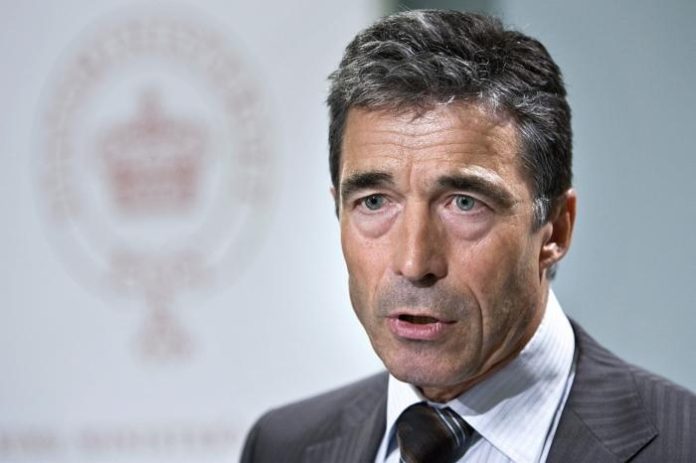 American ship sailing into a Spanish naval base this week is making history. The arrival of the USS Donald Cook from Norfolk, Virginia, to its new home port in Rota, on Spain’s Atlantic coast, marks the first time that a US Navy ship equipped with the high-tech Aegis ballistic missile-defense system will be permanently based in Europe.

The USS Donald Cook is the first of four US Navy destroyers that, with around 1,200 sailors and personnel, will play a central role in NATO’s missile-defense capability. But the ships will carry out many other tasks as well, such as maritime security operations, bilateral and multilateral training exercises, and participation in NATO operations and deployments, including the Standing NATO Maritime Groups.

The arrival of the USS Donald Cook marks a step forward for NATO, for European security, and for transatlantic cooperation. It clearly demonstrates the strength of the bond between America and Europe in dealing with the complex and unpredictable security challenges of our age.

Steady progress has been made since November 2010, when, at its Lisbon summit, NATO decided to develop a missile-defense capability to protect all NATO European populations, territory, and forces. In April 2012, at its summit in Chicago, NATO announced an interim capability as an operationally significant first step. Full capability is expected to be attained in the years ahead.

The purpose of NATO’s missile-defense system is to defend Europe against a real threat. At least 30 countries around the world either have ballistic missiles or are trying to acquire them. The know-how needed to build them is spreading, and their range is increasing, with some from outside the Euro-Atlantic region already capable of targeting European cities.

The USS Donald Cook and the three other US destroyers have advanced sensor capabilities and interceptors that can detect and shoot down ballistic missiles directed at Europe. In the future, other important components of the missile-defense system will include additional radars, sensors, and interceptors – and more ships.

Already, thanks to the US European Phased Adaptive Approach to missile defense, NATO can rely on a powerful radar based in Turkey. Work has already begun on construction of a land-based interceptor and radar site in Romania. Poland has announced plans to build up its air and missile-defense capabilities. The Netherlands is upgrading four radar frigates to make them capable of missile defense, and has offered its Patriot anti-missile systems. So has Germany.

The Netherlands, Germany, and US have already deployed Patriot missiles on NATO’s southeastern border to help defend and protect Turkey from possible missile attacks from Syria. And, by hosting the four US Navy destroyers, Spain is making a vital contribution not just to NATO’s missile defense, but also to security throughout the Mediterranean region.

To link all of these national assets together, NATO has developed, and is expanding, a technologically advanced command-and-control system, based at Ramstein Air Base in Germany. The system already can connect satellites, radars, and interceptors to defend against missile attacks, and that capability will grow more complex and agile in the years ahead. This makes NATO unique: it is the only multilateral organization that can combine the most complex systems from the world’s most capable countries to create an effective whole.

Above all, this deployment is a step forward for transatlantic cooperation, because the US ships represent more than a military capability. Each one is an eight-thousand-ton reminder of America’s commitment to security in Europe.

At the same time, NATO’s missile defense demonstrates European allies’ commitment to security as they develop their capabilities in this area. I encourage all allies to consider how they can contribute further to a system that will defend all of us in Europe.

Missile defense heralds a new form of cooperation, with new capabilities against new threats. Where once we lined up tanks along borders, we are now building a complex system that requires a range of high-tech contributions from many allies – on land, at sea, and in the air. NATO’s missile-defense system is what transatlantic teamwork looks like in the twenty-first century.