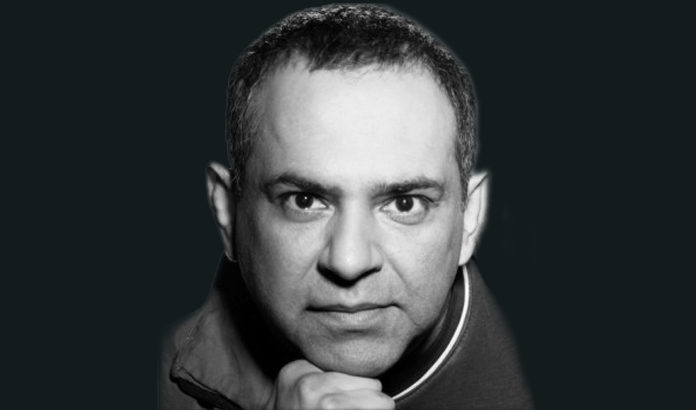 While advertisers are reaching out to the consumers to woo them, most of them have very little knowledge about what the consumer wants

While advertisers are reaching out to the consumers to woo them, most of them have very little knowledge about what the consumer wants

The word ‘advertising’, as defined by the dictionary, means the flow of information regarding brands, services available to consumers in large numbers at an affordable cost. But in reality, it is a very expensive process.

While advertisers are reaching out to the consumers and trying to woo them in various ways, most of them have very little knowledge about what the consumer wants, thinks or needs. They are just shooting very expensive arrows in the dark and hoping to strike a distant bull’s-eye.

‘Backvertising’ facilitates the consumers and enables them to give feedback and express their opinion on advertising. It is the reverse process where the people can talk to the advertisers and tell them exactly what they think and want, in large numbers and at a very affordable cost. It is made possible by Adytude.com, a gamified research site where consumers log on in thousands to ‘play with’ ads. They answer questions, gather points, and win prizes. It is a knowledge machine where consumers talk back to brands on a daily basis. At a very affordable cost.

They come to the site, register themselves and start playing the game to win rewards and prizes. Consumers are shown two commercials and have to answer questions for which they garner points. While some of the questions asked are quantitative in nature, a few of the questions are also qualitative. Their ‘enjoyment’ and feedback is distilled as valuable data on ad films etc.

A very strong research team then analyses the data generated by Adytude and provides a detailed report to the clients on the ads tested for them. Basically, it is a game which the users play and for which the clients pay.

Adytude.com is a game changer. Because the people come to us (we don’t have to go out to them) and they self-administer the research without a researcher being present, the time and cost savings are phenomenal.

The site also has a section called Adytude Buzz, where interesting articles and news about the advertising and marketing world are made available to the consumers. With their appetite for news being constantly fed by this section, the users have had yet another reason to keep coming back to the site. Users can also play the game to win a car of their choice! In fact, three lucky winners are already driving around in their grand prizes. Adytude also has a Brand Manager’s page where the clients can see the feedback from the consumers coming in real time. Brand Managers can also talk to the consumers and probe their responses to get valuable insights.

While Adytude.com was created mainly to test ads, clients are using this unique exciting engine to go beyond just testing advertising. They have realized the potential of the site and are now even testing concepts and scripts before they are executed into expensive but ineffective ads.

Film producers are using Adytude.com to test movie trailers. Are the trailers connecting with the viewers? Are they giving out too much of the story? Or too little? Similarly, TV channels are using the site to test their promos.

Often, the client’s use very expensive celebrities to endorse their products. Adytude.com enables the clients to understand whether the money spent by them is actually making a difference to their 11414Ps BUSINESS AND MARKETING I APRIL-MAY 2016 sales. Or could they have taken another celebrity at a much lesser cost to their benefit. Advertisers can also test the impact of their competitive brands in the market.

The possibilities are limitless; and everyday, new ways of using this engine are emerging. If you have a communication question, Adytude.com has the answer.

An ad today costs anything from Rs. 80 lakhs to Rs 1 crore to produce. If they want to make any significant impact on their consumers, advertisers need a budget of anything from Rs. 5 crores to Rs. 10 crores annually to telecast the ad.

Currently, the TV advertising spends in India are estimated to be in the region of a whopping Rs. 16,000 crores. Even by conservative standards, we would expect the industry to spend at least 10% of the spends on researching and sharpening their ads. In reality an amount of only Rs. 100 crores is being spent on research. This is a mere 0.7% of total TV Advertising spends!!

Using traditional methods, research among a sample size of 1000 people would cost around Rs. 10 lakhs and two months to complete. Adytude.com can do the same within a week at a mere fraction of the cost.

The quickest adopters of the site are the dotcoms, since they understand the benefits of online research. While 5MBs, who were earlier wary of research due to the huge costs involved, can now use adytude.com to generate insights for a nominal fee, big companies use the engine for the speed of implementation. Film production houses seek validation of their film making skills and TV channels test pilots and show ideas. Media houses use the site as an add-on value for their clients. And the users win prizes!! A win-win situation for all.

Adytude.com is the first site of its kind in the world. Taking advantage of this amazing fact, the site is ready to be launched across 30 countries in the world, starting with Sri Lanka in the first half of2016. Soon, brands will not only be able to gauge the impact of their advertising in India but also internationally.