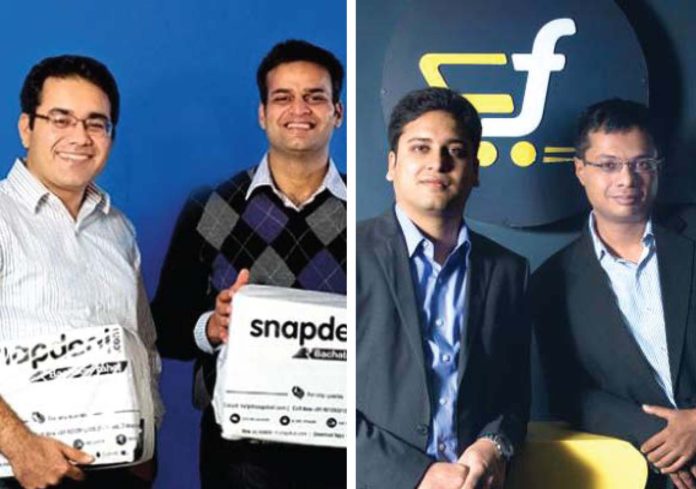 Of the nouveau billionaires on the block, the ones causing maximum disruption are those running technology firms; by RAJITA CHAUDHURI 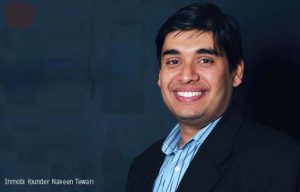 Anybody can be a Billionaire

The annual list of the world’s billionaires is out. There are 1,810 billionaires in the world today (down from 1,826 last year). However, what’s interesting is that approximately 65% of these are self-made billionaires. Billionaires of today are not necessarily those born with a silver spoon; rather, today, like never before, the world is seeing the birth of billionaires who have started from ground zero and made it to the top. Out of the whole list of billionaires, 198 are new to the list; and of these newcomers, a large portion has come from the fields of manufacturing, real estate and technology. Out of these three fields, the one that’s causing the largest disruption is the field of technology. Take a look at the newcomers on this list and you will see that most of them are heading companies that are rich in technology and not physical assets. The newcomers are Pinterest cofounders Evan Sharp and Ben Silberman, Flipkart cofounders Sachin Bansal and Binny Bansal, WeWork cofounders Adam Neumann and Miguel McKelvey etc. In fact, look at the guys at the top: Bill Gates has been at the top for 17 years out of 22 years, Jeff Bezos has moved up from the 15th to the 5th spot, Mark Zuckerberg has moved up to the 6th spot. This just goes on to prove that technology will be the game-changer of the future. Technology has a lot to contribute towards making the world really flat. While America used to be the hub of a large number of billionaires with New York boasting of the largest number of billionaires in the world, things are changing. While at 79, New York still has the largest number of billionaires, Hong Kong is fast closing in with 68 billionaires. Interestingly, out of the top 10 cities with the largest number of billionaires, 6 cities were from Asia this year and New York was the only American city in the top 10. Most of the billionaires of the world are today from the Asia-Pacific region and not from the United States. Add to this the fact that out of the newcomers to this list, the maximum were from China. So while earlier it was oil, minerals, real estate, which were responsible for creating billionaires, today technology is making billionaires faster than ever before. Huge developments in technology are also key reasons that more and more of the young guys are challenging the biggies in the business and disrupting things like never before. The Internet has opened the doors and given access to knowledge, finance, people etc to an extent like never before. Look at the new and hippest brands of today – Airbnb, Snapchat, Uber, Flipkart, Dropbox, Snapdeal, Ola Cabs, InMobi, Zomato – they all have young guys at the helm of affairs taking on the world armed with just a powerful idea. All these companies mentioned above are “unicorns”. This means that though they are private companies, yet they are valued at $1 billion or more. For example, Uber is valued at $62 billion, Airbnb $25 billion, Ola $5 billion etc. This is something that was considered unthinkable before the Internet revolution. That a company like that could really exist, was considered a myth –hence Unicorn! 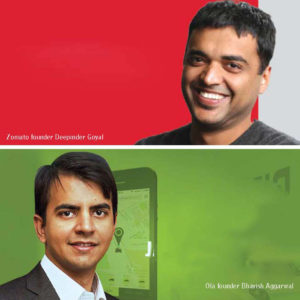 The billionaire mindset: Don’t be afraid! Don’t be afraid to dream big. Don’t be afraid to fail big either. Don’t be afraid of criticism. The whole world will tell you how it cannot be done, so relax. All you need to be sure of is that you want it to happen and you have to want it real bad. In fact, the easiest way to know that you have a great idea is when everybody says it won’t work. Be sure you have hit the jackpot. All great ideas were called stupid at the start, but the people behind the idea never lost faith in themselves or their ideas and made it happen. Don’t be disheartened if you don’t know how to make your idea happen. If you need to learn a particular skill – it’s right there on Google. If you need to know how Harvard and MIT are handling a particular course – it’s right there on edX for free. If you have acquired all knowledge and now need to make an app, a website etc, again you can access numerous resources on the Internet for free and make one at almost zero cost. Your prototype is ready, but now you need the funding. No worries. Just as the social media has changed the way we connect with friends, it has also changed the way we raise money for a business idea. The concept of ‘crowd-funding’ is growing in popularity and more and more entrepreneurs are reaching out to people on the social media platform to fund their ideas. Sites like Kickstarter, IndieGoGO, ProFounder, Buzzbnk, 33needs, AppBackr, CauseVox and numerous more have helped so many ideas come to life. You don’t have to be a technology giant to compete with Apple watches. The company Pebble proved that twice. Once in 2012, when they had an idea for a watch and went to the site Kickstarter with their idea. 85,000 people loved the idea and pledged money to help Pebble realize its dream. The company raised more than $10 million (10,000 percent of the goal). Then again in 2015, when they wanted to improve the features of the watch, they went to Kickstarter again looking for a funding of $50,000. In less than an hour, they could raise $1 million, and by the end of the campaign, they had got more than $20 million funding from numerous people across the net. Hiral Sanghavi, a frequent flier, had the habit of forgetting his neck pillow on flights. So one day he and his wife Yoganshi Shah decided to develop a travel jacket that would have a neck pillow, an eye mask, gloves, blanket… everything. They went to Kickstarter looking for $20,000. They landed up with more than $9 million. From smart watches, to wireless headphones, to 3D printers… all kinds of ideas have found people who were interested in them and supported them. As I said earlier, you don’t need to be born with a silver spoon to make your big dreams come alive.

What you definitely need You need to believe in you and your idea. You need to be able to articulate your idea well. As the saying goes: “You only get one chance to make a first impression”. Be it a meeting with an angel investor, or a venture capitalist, or a presentation on Kickstarter, you have to be very sure that your idea sounds interesting and investment worthy. If you are not articulate enough, you can lose out even though your idea had a huge potential. You need to have a great network. You need to know how to significantly make your presence felt online. You need to know the way to get the attention of your niche audience in this very crowded space. Once you have mastered these things, it’s just a matter of time before your name appears on the next Forbes list of global billionaires. Great passion, a clear vision, a concrete plan, a mind blowing pitch and you are ready to count your millions!… Or billions, if you may!!!