How Kashmir-Kerala paved the way towards (India)
The investigations being conducted by the National Investigating Agency has found that a Mosque in Palwal, Haryana was built with the funds of the Lashkar-e-Tayiba. This came to light when the NIA was probing a module of the Falah-e-Insaniyat, the financial wing of the Lashkar-e-Tayiba that was busted in New Delhi recently.

#MeToo: Chetan Bhagat makes author Ira Trivedi’s email public (India)
Author Chetan Bhagat on Monday released a series of screenshots of an email sent by author Ira Trivedi in 2013. On Twitter, Bthagat wrote, “So who kissed whom,” referring to the email which reads ‘Miss u kiss u’. He further said that the sexual misconduct charges levelled against him by Ira are ‘false’. ” Please don’t harm a movement with fake charges,” he added.

MJ Akbar sues journalist for defamation over #MeToo allegations (India)
Union Minister MJ Akbar on Monday filed a criminal defamation case against journalist Priya Ramani for accusing him of sexual harassment. Akbar filed the case against Ramani in Delhi’s Patiala House Court through his advocates. The development comes a day after he rubbished sexual harassment allegations by at least 14 women as “false, wild and baseless”.

Vinod Dua denies sexual harassment allegations by filmmaker (India)
In a statement released by The Wire, where Vinod Dua works as the consulting editor, the journalist denied the sexual harassment allegations levelled against him by filmmaker Nishtha Jain. “Though the incident pertains to 26 years before Dua’s association with us, our ICC has taken note of the allegation,” The Wire said. Jain accused Dua of harassing and stalking her.

Ex-SL captain Jayasuriya charged by ICC under anti-corruption code (Sports)
The ICC has charged ex-Sri Lanka captain Sanath Jayasuriya with two counts of breaching Anti-Corruption Code. The charges relate to failure or refusal to cooperate with an ACU investigation and obstructing or delaying an investigation, including tampering with or destroying any relevant documentation. Earlier this month, the ICC said it was probing serious allegations of corruption in Sri Lanka.

PM to meet Chinese Prez for 4th time this year in Argentina (World)
PM Narendra Modi will meet Chinese President Xi Jinping at the G20 Summit in Argentina in November, Chinese Ambassador to India Luo Zhaohui said ahead of the first joint India-China training programme for Afghan diplomats. This will be their fourth meeting this year after the Wuhan summit and Shanghai Cooperation Organisation summit in China, and BRICS summit in South Africa.

You don’t look Hindu: Indian scientist denied entry to garba in US (World)
Indian-origin astrophysicist, Dr Karan Jani, has claimed he and his friends were denied entry to a garba event in the US on grounds that they don’t “look Hindu” and the surname on their IDs doesn’t “sound Hindu”. Jani added that when one of his friends said she was “Kannada-Marathi”, she was told, “What is Kannada? You are Ismaili.”

MNC employee drugged, gang raped by 2 colleagues in Delhi (India)
A woman employee working with a multinational company in Delhi’s Dwarka was allegedly gang raped by two of her colleagues on Saturday, the police said. The accused allegedly offered her a lift and served her a cold drink laced with sedatives. They took her to a flat in an unconscious state and took turns to rape her, police added.

North, South Korea agree to reconnect roads, rail (World)
North and South Korea have agreed to begin reconnecting rail and road links that have been cut since the 1950-53 Korean War. “The South and North reached the agreement after discussing action plans to develop inter-Korean relations to a new, higher stage,” officials said. Later this month, the two countries will discuss plans to co-host the 2032 Olympic Games.

Live streamer detained for “disrespecting national anthem” (World)
Yang Kaili, a live streaming celebrity in China, was detained for allegedly insulting the national anthem. The 20 year old had appeared in a stream, singing the anthem while flailing her arms. She had publicly apologized, but the incident caught the attention of the Shanghai Police Department, who have detained her for 5 days for violating the National Anthem Law.

Shatrughan Sinha slams BJP govt (India)
Disgruntled BJP leader Shatrughan Sinha criticised the BJP government at the Centre over the Rafale deal. He said a French publication had quoted former French president Francois Hollande as saying that the Indian government had proposed Reliance Defence as a partner for the French aerospace major Dassault Aviation for the deal.

Dubai now has its own self-driven taxi service (Technology)
The age of flying taxis might not be upon us as of now, but self-driving taxis have started there run on the streets of Dubai. At the annual consumer electronics trade show Gitex, Dubai’s Roads and Transport Authority, or RTA, showcased the new self-driven taxi service. The driverless car service will run for the coming three months in select parts of Dubai. 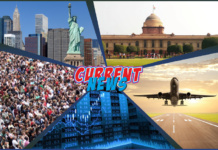 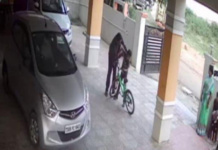 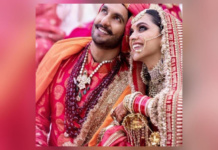