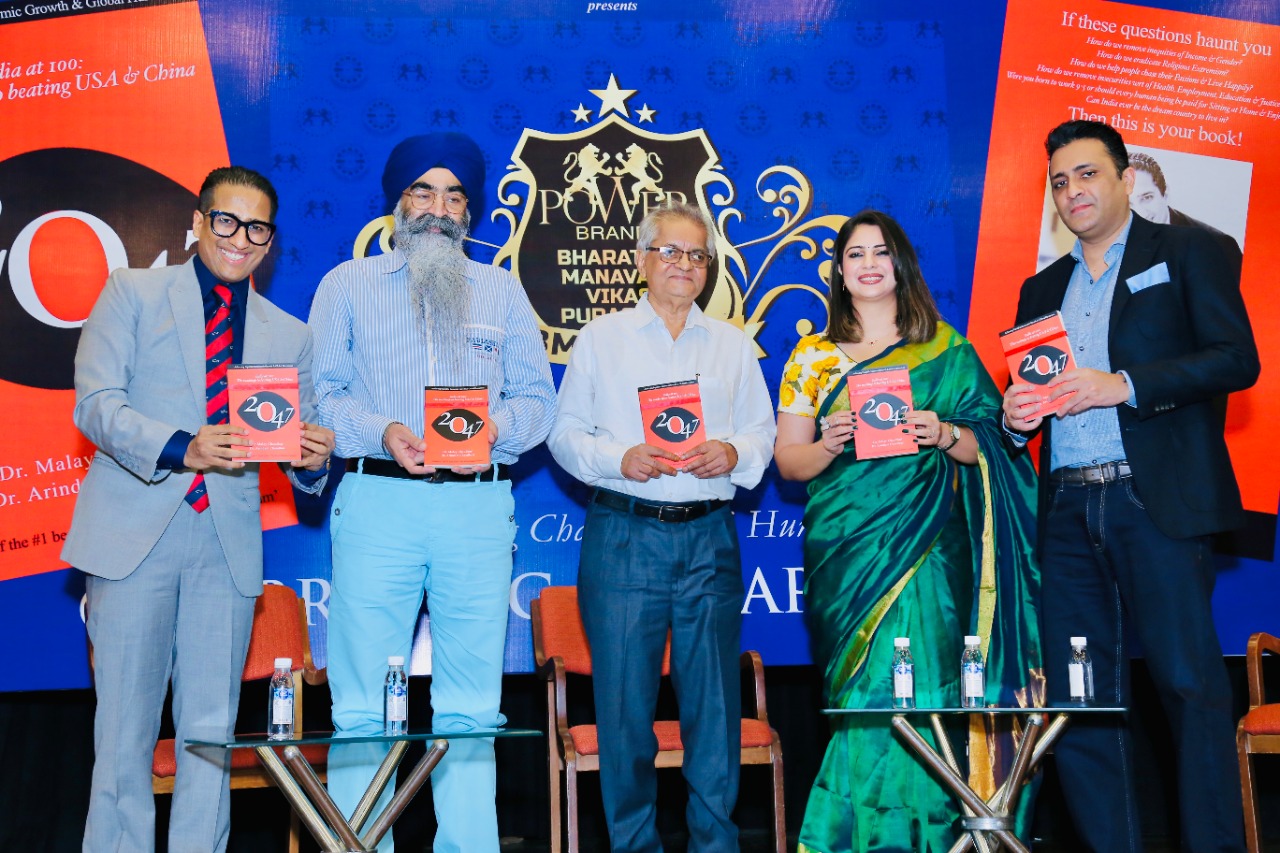 It marked the beginning of IIPM’s grand Golden Jubilee year long celebrations, which from now till August 12th 2023 will see multiple events attracting thousands of alumni.

The event witnessed the launch of Dr. M.K. Chaudhuri’s last unfinished work, co-authored by Dr. Arindam Chaudhuri – the book, “2047” is around their vision for India at 100. It is a sequel to their 2003 No. 1 bestseller – “The Great Indian Dream”.

Selected by a committee of twenty-four jury members, the power-packed afternoon also witnessed the conferring of BMVP awards 2022 theme celebrating social work during pandemic and freedom of speech. These stalwarts were felicitated with the BMVP award for their stellar work as humanitarian agents of change & social icons. They helped the world tackle the pandemic bravely and kept the flags of humanity flying high and also championed the cause of freedom of speech and kept the flag of truth flying high.

The Guest of honors who were honored with the Bharatiya Manavata Vikas Puraskar 2022 were as follows:

She has been a well known and a popular name in the Electronic Media for 17 years. She has worked with Top news channels of the country and the world. Sakshi has been associated with India TV, IBN 7 (Network 18) and now News 24. But her biggest dream was to work with the world’s best Media house, The British Broadcasting Corporation that got fulfilled in 2010.

After successfully working with News24 as an associate editor for 4 and a half years, hosting debate shows like Sabse Bada Sawal and 5 ki Panchayat , Sakshi realized she could do more in the field of journalism by going independent. She quit electronic media as she felt; it was not the place to do ‘journalism’ anymore.

So she switched to independent journalism and started her own YouTube and Facebook platform. She was immensely loved and accepted by her followers, widely appreciated for her ground coverage in Bengal elections (Bengal Sakshi hai), which tallied with the exact results where most of the TV news channels were showing the opposite. She is still remembered for her field reporting in Bengal

Also widely appreciated for her farmers protest coverage against the farm laws. She covered UP elections too; her coverage was named UP Sakshi Hai 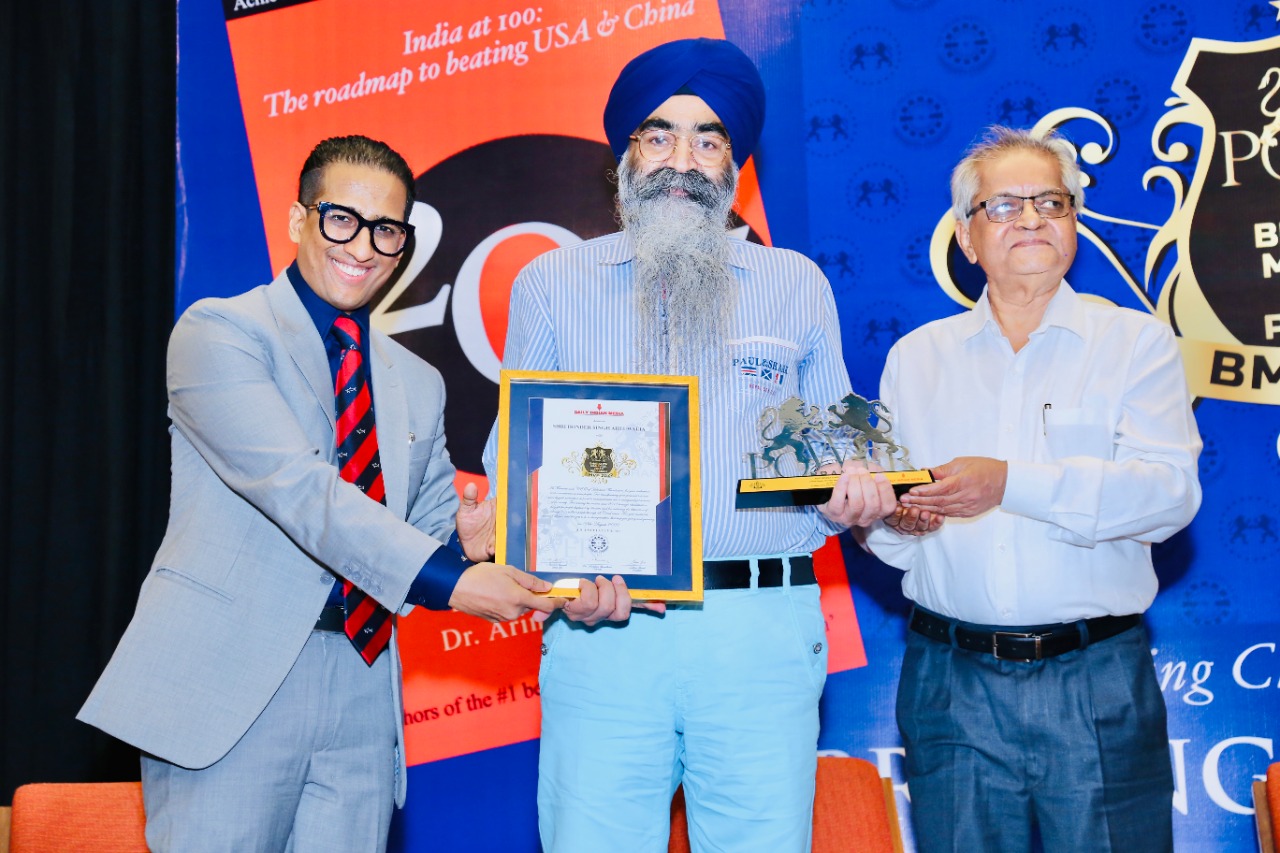 He is the founder and CEO of Hemkunt Foundation; he has earned his national recognition for his dedication and commitment to serve people.

During 2013 Uttarakhand floods, Irinder was hit by a personal tragedy, this incident invigorated in him the urge to provide humanitarian aid to marginalized sections of the society. Since 2013, Hemkunt has served the nation through rehabilitation projects for people displaced by disasters, provided aid to families that lived below the poverty line through provision of rations, set up local businesses to generate employment, set up Mobile medical units to provide medical aids in the most remote pockets of rural India, served 25,00,000 people through all covid waves.

Backed by the insatiable spirit of Sewa, and the grit to be a changemaker, Irinder is always on the move to provide and extend the best health care to the underprivileged, he envisions to make a robust network of free healthcare services throughout India by rolling out a 100 Mobile medical Units by 2025 and impact the maximum number of lives. A disciplinarian and believer in education equity, Irinder has embarked on an audacious mission to provide skill development and education to 1000 male and female students at Chalpi, Kurd a far off and remote land in the state of Madhya Pradesh sans of resources and trapped in poverty, impacting the Sikligar and Vanjara tribes residing there.

The efforts of Mr. Irinder and Hemkunt Foundation have been recognized by the World Economic Forum under top 50 last mile responders in India. 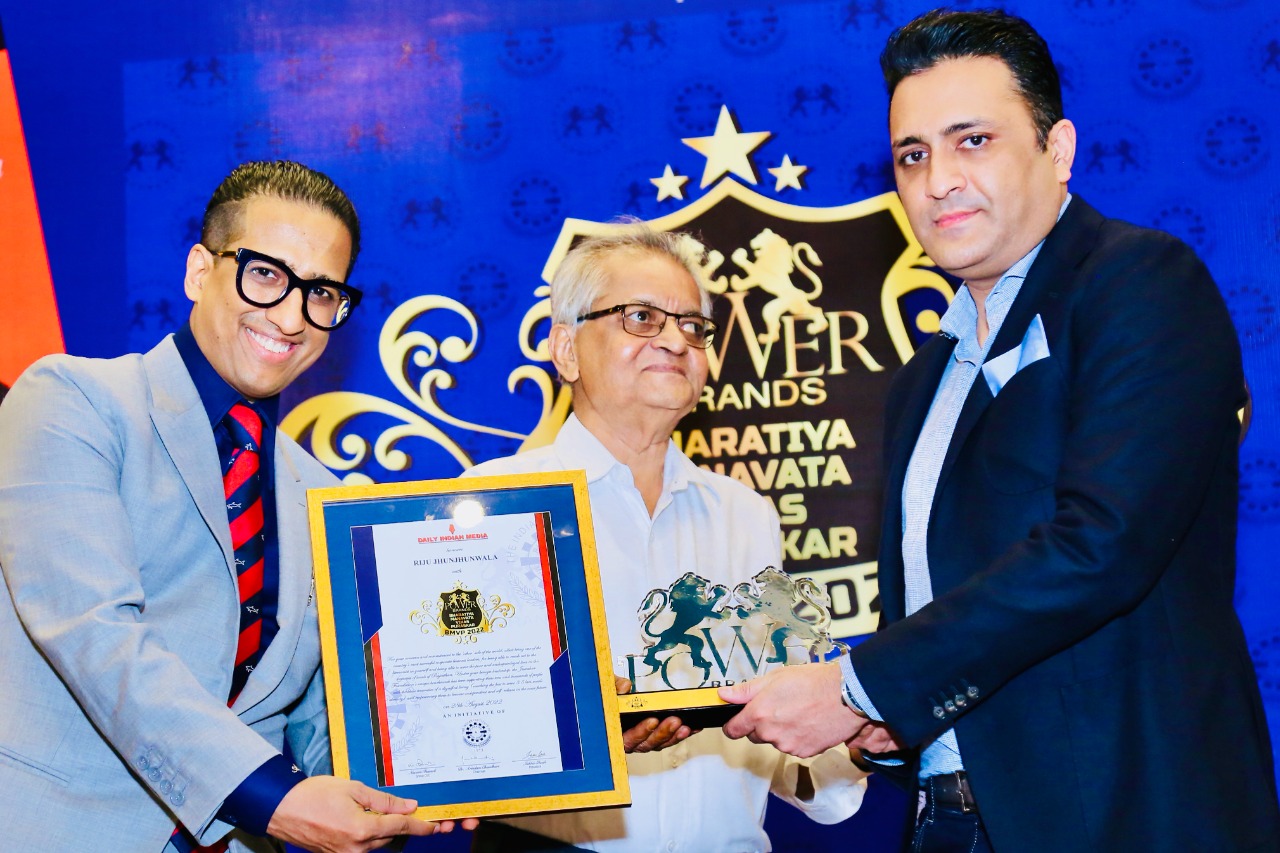 Shri Riju Jhunjhunwala, one of India’s leading business minds and the founder of the Jawahar Foundation, is being conferred with the 2022 Bharatiya Manavata Vikas Puraskar by Dr. J K Mitra & Dr. Arindam Chaudhuri

He is the Chairman and Managing Director of RSWM Ltd, LNJ Bhilwara’s textile vertical. LNJ Bhilwara is one of the country’s oldest and diverse business conglomerates. He began his career in 1999 with RSWM Limited at the age of 21. The company has quadrupled in size under Riju’s leadership, reaching a top-line of INR 2000 crore. He is also the Vice Chairman of HEG Limited and the Managing Director of Bhilwara Energy Ltd. (BEL), in addition to his leadership at RSWM.

The Jawahar Foundation is an initiative by Riju Jhunjhunwala, renowned patron and businessman from LNJ Bhilwara Group. The foundation is an NGO and primarily operates in Ajmer and Bhilwara, Rajasthan, working towards providing support and sustainable solutions to the people.   Operating since October 2019, Jawahar foundation has carried out more than 200 programs ever since.

Power Brands: Bharatiya Manavata Vikas Puraskar is a distinctive initiative of Dr. Malay Chaudhuri, the Founder Director of The Indian Institute of Planning and Management and the Founder Chairman of the Selection Committee of this award. Dr. Chaudhuri’s endeavour to encourage a humane world order through this humanitarian award is now in its 10th year. It is a unique stage of some of the most powerful and humane minds from across the nation. BMVP is a platform for leaders from the sphere of Politics, Business, Academics and Entertainment.

Past winners of the most esteemed recipients of the Bharatiya Manavata Vikas Puraskar (BMVP) since the inception of the award in 2010 have been:

This was a non-sponsored, non-paid event without any corporate participants or awardees. 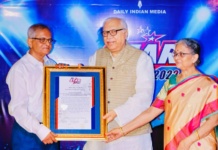 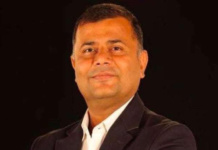