Home Guest Column Congress must take time out to think 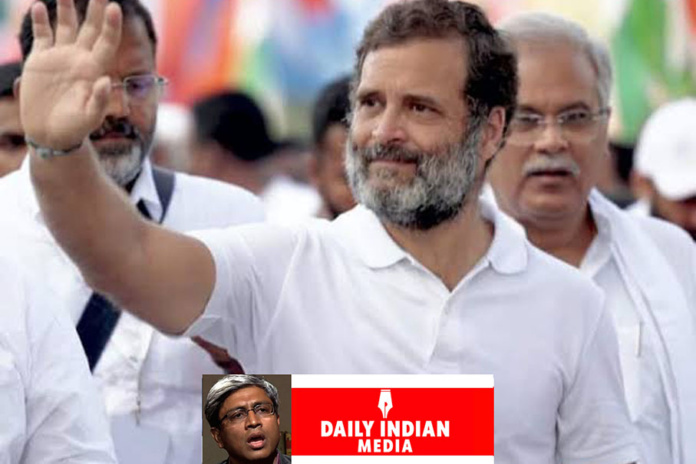 When the Congress became a den of self-seekers, its demise was certain. To avoid death, it has to do penance and make people believe that it has cleansed itself from vested interests

Political pundits are always in a hurry to pass judgement. The world has moved with supersonic speed into the 21st century where social media psychologically tunes people to live in the instant and deliver a verdict in a split second before they are left behind in the jungle of ideas; TV channels compulsively force experts to analyse in mere moments and blurt it out vociferously before other speakers can snatch the lead; likes, retweets and subscribers decide the depth and wealth of knowledge. Then why should experts and analysts alone be blamed? We are living in a time when the sword of being judged all the time hangs over our head. It is almost impossible to take a breath, sit quietly and think and analyse and then reach a conclusion.

It is this breathlessness of the age which is the Congress’s worst adversary and it is this momentariness of debates which has forced the party to live in confusion since 2014. It appears, finally, that the grand old party has realised the futility of being judged and left out, and now it has decided to carve its own path to find out how and why it lost its emotional connect with the people of India. Is it because the party, over a period of time has been reduced to a mere election machine, as party General Secretary incharge of Communications Jairam Ramesh told me in an interview for SatyaHindi.com? Or it is because in reality it has moved away from its spiritual core? In my opinion, both are linked. The Congress as a party has been reduced to an election machine because it moved away from its spiritual core. The party can only redeem itself if it honestly tries to rediscover this spiritual core.

No party or organisation can have a life if it does not have a core spiritual belief. Utopia, ideology, organisation and leadership are the building blocks on which the physical edifice is built and this edifice will have a decisive impact in society depending upon the richness of the core. The selfless fight against the oppressive British to free India was the core belief of the party before Independence, which mutated into the creation of a secular and democratic nation state after independence. But when over a period of time the Congress started making compromises with all kinds of evil forces only to win elections or stay in power then its dis-connect with the people began and since it was a big party so it took decades to reach where it is today.

The people of India will not re-connect with the Congress just because there is a disquiet in the country over the BJP’s rule. If the Congress takes a shortcut and thinks that it will be relevant again if it can win a few state elections, then it is living in a fool’s paradise. This path can prolong the length of a terminally ill patient’s life for few years, but it can’t cure and restore a healthy life. It appears that the much-maligned Rahul Gandhi has understood the real reason for the party’s illness and has decided to take a longer route. The Bharat Jodo Yatra is the first sign of that diagnosis. The problem with the political pundits are that they are out to judge the yatra on the seats the Congress has lost in Gujarat and the majority it has won in Himachal Pradesh. Since the party has lost massively in Gujarat, it has been concluded that Bharat Jodo Yatra has failed and it will not help the party gain substantially in the 2024 parliamentary election.

Mr Gandhi has been further blamed for the yatra being only an attempt to buttress his image and being a good PR exercise at best. It is also said that he has realised that since he can’t politically fight with Mr Modi, so he is painting himself in the mould of Gandhi and Vinoba Bhave; further, since the BJP government has made NGO activists unemployable, the Bharat Jodo Yatra has given them an opportunity to be relevant again in their own hallucinatory world and so their words of praise or support for the Congress should not be taken seriously. The alignment of Socialists and Communists with the yatra is also being ridiculed in the same breath.

It is however being forgotten that the Congress, due to being in power for a long time since Independence, has always lived with a parallel world of anti-Congressism. NGOs, Socialists and Communists were important elements of that system. Many of these secular elites have aligned with the RSS and right-wing ideology in the past in their hatred towards the Congress, without realising the dangers of such an association. A few of them had gone to the extent of supporting Narendra Modi in the run-up to the election in 2014. Therefore, for the Congress in its fight with the BJP, winning over these elements is the first big step, which in the long run can help create a conducive intellectual climate for the party. These elements, like the RSS, might not have a vast network but they have enough activists to neutralise the growing negativity against the party.

Since the BJP formed the Government at the Centre, there has been a massive campaign to discredit Rahul Gandhi and the Gongress. In fact, it has become a million-dollar industry in which mainstream media platforms have a giant share. Big media owners and editors — by either threat, lure or volition — are active participants in this exercise to weave the narrative that Rahul is good for nothing and that the Congress is the cause of all the problems in the country. The Bharat Jodo Yatra has partly neutralised this campaign, but the bigger aim is the construction of a new narrative — that the Congress is not like any other party, that it is fighting to save India from the demons of hate and religious bigots and that it is ready to pay any price for this.

In the initial days of the yatra, the BJP attacked it with vehemence but soon realised that this might boomerang. The Congress smartly projected the aim of the Yatra as not being political; it is not to win elections, but to save the soul of the country; the aim is not to spread hatred amongst communities but to shower love and harmony, to create bonds of friendship and brotherhood, to follow the path of great saints like Gandhi, Kabir and Buddha. It is no coincidence that Rahul Gandhi has been saying that the yatra is a tapasya. In the great Indian tradition, selflessness has been accorded the greatest virtue. In the Bhagavad Geeta, lord Krishna says in the context of Raja Janak: “To keep the world going one has to work for the larger good in the public interest.” Nothing could be a better “larger good” than working for harmony and brotherhood when hate is being used as a political tool to garner votes.

Mahatma Gandhi had many follies but people had innate faith in him because he was never seen to be working for his own self-interest. When the Congress became a den of self-seekers, its demise was certain. To avoid death, it has to do penance and make people believe that it has cleansed itself from vested interests; it has to be seen to be working like Raja Janak for the larger good, it has to re-spiritualise itself. The yatra is just a beginning, there is still a long walk ahead. There will be long dark shadows, bouts of hopelessness and despair will haunt the way but the terminally ill patient that is the Congress will be cured only when it regains the trust of the people. That is not impossible, provided it rediscovers its spiritual core. It has to be seen to be working selflessly for the people. If that were to happen then the Congress will be back with a bang, otherwise it has no future. This is what the political pundits have to understand. 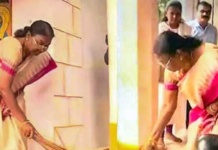