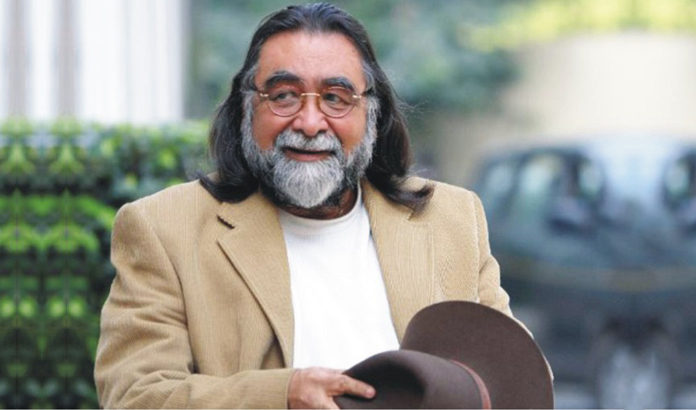 Every human being on this planet is directly or indirectly affected by the fears that he collects subliminally or what is put into him during his process of growing up. It starts with the fear of the dark, is added to by the fear of being left alone, and then starts a tremendous indoctrination by family, environment and society, fear of “Budha Baba~ fear of authority, fear of parents, fear of teachers, fear of exams, fear of failure, fear of animals, fear of snakes, fear of heights, fear of drowning, so forth and soon.

About 95% of all people succumb to their fear and become paralysed in their decision making capacity and seek safety, security, and unanimity, where actually none exists; 5% learn to deal with their fears and build characters to be able to perform despite their fears. These people are NOT risk averse and go on to become entrepreneurs and value adders in a society full of job seekers and packages.

Entrepreneurship, if very simply described, is the capacity to overcome your primary fears, and to be able to take risk and add value to whatever they do. Most of the times, risk taking is done not just to make money but for the sheer thrill of competing against oneself, and against everybody else’s lack of expectations. These are two completely separate animals, one that seeks security in packages and in jobs where they sell themselves to the highest bidders; and the other kind which is fiercely independent, owns his turf and environment, and refuses interference in the decision 10 14Ps BUSINESS AND MARKETING I APRIL-MAY 2016 making process, sometimes at the cost of losing his job.

In the standard B-schools of this country, including most of IIMs, we have failed to create true entrepreneurs, risk takers and value creators among our young people and have produced an army of job and package seekers in campus placements. We have become so complacent to the fact that some MNCs and large companies will hire hordes of risk averse, safety conscious, power conscious, young people, that the businesses which involve risk-taking are left to non-MBAs and other such entrepreneurs, individuals who have have escaped the all-encompassing net of worker ants.

So all the plethora of start-ups that you find today are mostly run by techies or just smart young businessmen, who are not actually a part of the MBA factory. So what is the need of the hour for a country, which is just about flexing its muscles and feeling its oats? To leap into the next millennium with young people who are not risk averse, who thrive in the cut and thrust of entrepreneurship, and add great value to whatever they do through innovation, courage, character, and just the exhilarating feeling of being alive … Reminds you of Sir Richard Branson, doesn’t it?

So where are the breeding grounds and institutes that select young people who have the courage and the character to rise above their fears and perform despite their fears being omnipresent? The Prahlad Kakar School of Branding and Entrepreneurship is one such attempt to create a new brand of entrepreneurs who will take the bit in their teeth and will run with the wind, leaving all doubts behind and not being crippled by their fears.

The curriculum of this unique organisation stems from 30 years of hands on experience of honing, shaping and producing great professionals out of the Genesis school of hard knocks. Today, exGenesis professionals who have survived two years with the parent organisation are a force to reckon with, especially in the advertising mm business; you will find them in every sphere of excellence, and they come with a huge reputation. Although Genesis was a mm production house, on hindsight we realised that other than making acceptable, and talked about fIlms, we created the ultimate professionals who worship at the shrine of entrepreneurship.

This creates a kind of individual, who is ferociously independent in his/her thinking, loyalty, and commitment. One who would not just be an advertising film maker or advertising professional, but would also become a huge asset for any organization that has the courage and the foresight to hire them. They would not just do a job … they would own the job.

So we decided to institutionalize as much as we could … a curriculum where academically, they didn’t just learn the rules of engagement of business, but also learnt how to rewrite them, as nothing in today’s dynamic world is static and the only constant is change. So in the academic sense, the students of PKSBE will never learn a single success story or case history, but will be subjected to learning “almost successful” stories, which never delivered. This is because success stories are always tampered with hindsight as everybody wants to be a part of the frame and you end up learning lies and a lot of garbage, which isn’t the truth. And students think that if you don’t succeed in the first attempt in life, they are failures; whereas, stories of “almost successes” are pure, because nobody wants to be a part of them and they teach you humility, they teach you how to never give up and they teach you that learning is a constant process and that making mistakes is a part of the learning curve.

Dovetailed into this aggressive academia are the visceral exercises of facing your fear of heights, the ocean, snakes, animals, mountains, authority, and fear of fear itself, where we do a series of out of classroom exercises to help you identify and pinpoint your greatest fears and learn to deal with them as a natural process. This hones your instincts for courage, character building, entrepreneurship, and to be quick and decisive in your actions.

The students from PKSBE will get the benefit of 30 years of experience of having trained the best entrepreneurs in our business, where they never went looking for a package or looking merely at ROI but are holistic, responsible, value creators in complete sync with the environment in whatever they do. Thanks to Mr Subhash Ghai and the faculty of Whistling Woods, who have kindly consented to share their beautiful campus and facilities with us at the Film City in Mumbai to make this dream come true.