Home Editorial BUSINESS IS ALL ABOUT SHARING 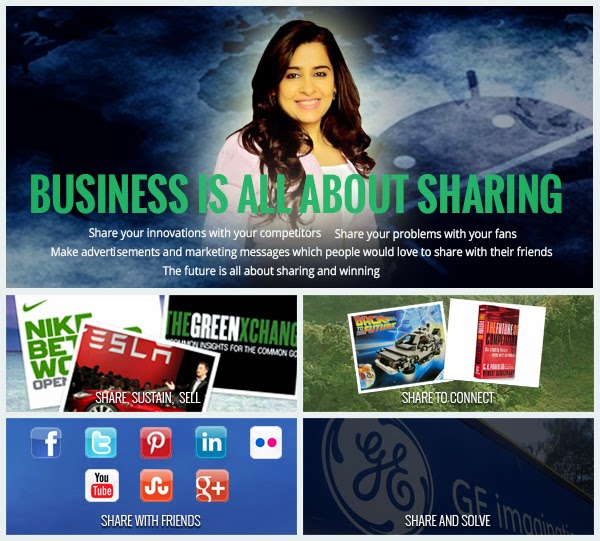 In June 2014, Google launched a new version of Android named Android One that would help smartphone makers to make very cheap smartphones. This latest software platform will be launched in India first in collaboration with three smartphone manufacturers: Micromax, Spice and Karbonn. Google has partnered with these three manufacturers so that they can pool in resources and make high quality, low priced smartphones.

The mission?
Google and the head of its Android division Sundar Pichai want the next one billion smartphone users to be their customers.
How?
Google will do all the hard work. It is figuring out all the material costs and giving support to all the low-end smartphone manufacturers. And not just the software support, but also the hardware support. This is being done to decrease the total cost of the phone to try and keep it under $100. Add to this the fact that Google will also invest Rs.100 crores with its partners on advertising and marketing of the $100 smartphone!

Why is it doing this?
It’s putting in this hard work on the hardware and software fronts so that eventually, these smartphone users start accessing Google’s services like Google Play, Google Store etcetera, and this would in the long run increase Google’s profits. More importantly, it would help it fight competitors like Nokia (Windows platform from Microsoft). Not just this, but having more users means more data and more advertisements… and consequently more money for Google.
This gets us thinking.
It means that in today’s world, it’s not just innovation which matters. What really matters is how many people are using that innovation, and companies are going all out to get as many people to use their innovations as possible, even if it means giving it away for free.
The world is a totally new place today because of the Internet. Our lives have changed comprehensively. Hence, business strategies should change too.
Share and connect with friends Look at the way we communicate today. Thanks to the numerous social networking sites, the hundreds of apps at our disposal, we are not really interacting with each other face to face or physically; yet, we are probably communicating much more. Thanks to our phones, today we can share every moment with our friends and family.
Today’s society is actually all about sharing as much information (be it in the form of videos, pictures, text… whatever). As marketers, this has important implications for us. We need to develop marketing messages which people enjoy sharing.  If they share today, there are high chances they may buy tomorrow.
The key to success depends on our knack of understanding what people enjoy sharing.
So, if they like you and share your stuff, chances are that they will buy it. The flip side is also true – if you share your stuff, you sell more. Read on.
Share and sustain… and also sell! Nike has shown that sharing trade secrets instead of hiding them will bring in more profits. The company has invented a special rubber which has 96% lesser toxins than other rubbers. Instead of hiding this invention under patents, the company decided to share it with other companies to help them make greener footwear and make the world a better place. On their own, they would have taken decades to spread the same technology. The success of this initiative made Nike partner with nine organizations – like Yahoo, Best Buy etcetera – for an association named GreenXchange, to help firms share their innovations with others. Tesla is a really innovative company which has invented the electric car. However, unlike earlier days, it is not sitting on its invention and protecting it from the rest of the world; rather, it is sharing it with everyone. CEO Elon Musk feels this would spur innovation, which would benefit the whole electric car market and the world too.
‘Copyleft’ was a hippy movement of the 1970s; but even today, it holds more relevance than ever.

Copyleft – in contrast to copyright – makes all creative work as freely available as possible, so that it can be used, modified and used again. Today, thanks to the Internet, a lot of stuff is available for free. This has resulted in a free exchange of not just ideas, but also services, innovations and the works. It’s liberated us from constraints of time and space and boundaries. In this free environment, ‘Copyleft’ is bound to thrive more than ever before as people start connecting more and more with not just friends but with brands too. The company that shares most freely will be the one that will be loved and liked and will survive, for the wise and connected consumer of tomorrow will appreciate that more.
New challenges are impacting the industry and one of them is the challenge for sustainable development. Things are changing at a very fast pace. The way we communicate is changing, the climate is changing , countries are changing. Low economic growth and high unemployment levels are forcing companies to look for newer ways of growing. A paradigm shift is required and many businesses are doing just that. No more are organizations looking at just the bottom line profit; they are also looking at creating value that would not just benefit their business but also the society and future generations.
Share and solve to find the shortest and most efficient flight route. This would have increased the efficiency of the airlines industry and saved the industry $3 billion each year. The winning solution it was found would improve the efficiency by 12%. An intelligent combination of speed and altitude keeping in mind variables such as weather, wind and airspace helped achieve this outcome. They realized that if the airlines could adjust flight routes in real time and try to reduce the distance by even 10 miles, the fuel consumption could be reduced by 360 million gallons! That’s a lot of fuel, and a lot of savings for the planet.
Share and connect with consumers

Sharing with consumers is the future. As C.K. Prahalad very rightly mentioned in his book “The Future of Competition” that firms which are able to involve the customer in their innovation processes will be most successful.
Lego, one of the oldest toy companies in the world, feels that it has been able to survive and stand the test of time because it has learnt the art of listening to its consumers. Back in 2005, its CEO started interacting with a couple of fans and soon discovered their amazing potential. Today, Lego may have 120 in-house product developers, but its best ideas come from its huge community of fans who volunteer to design for Lego because they loved it as children and love to do something for it. Some of them have more knowledge of the product than the people working inside the company. No wonder, some of their most popular series – Minecraft, Back to the Future, Ghostbusters etcetera – were all developed on the basis of ideas given by fans. These fans of course got a share of the profits too! If you really want to grow fast, let your most loyal customers take charge of your brand. Involve them as much as possible. After all, in the future, all the best ideas will come from them. Cooperation will help you fight the competition.

Consider this: 95% of all new products fail.

Why?
Most companies do not or rather cannot look at products the way customers do. As a result, they can never answer the question “Which are the products that the consumers want to buy?” A fast-food restaurant wanted to improve the quality of its milkshakes. The marketing department quickly made a list of the characteristics the consumers wanted in their milkshakes. However, the sales did not improve. Finally, they decided to really understand why the consumers were buying the milkshakes and realized a few things. Most of the sales for milkshakes happened early in the morning. The reason being that most people bought the milkshakes to make their long commute to work more interesting and to keep their stomachs full till lunch. Sipping on a thick milkshake solved both the problems. Soon, the restaurant created a ‘morning milkshake’ which was thicker so that it took longer to sip and hence lasted longer and also kept them fuller for long. When you connect with the consumer, you really begin to look at things differently and that’s what gives you that edge.
So before you start working on your marketing plan, start work on finding your craziest fans. Connect with them and they will help you fight off the competition.
The future is all about sharing and winning together! 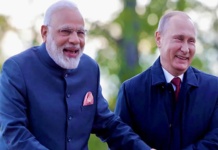 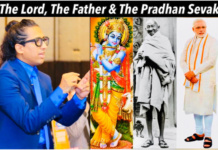 The Lord, The Father & The Pradhan Sevak 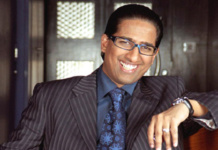