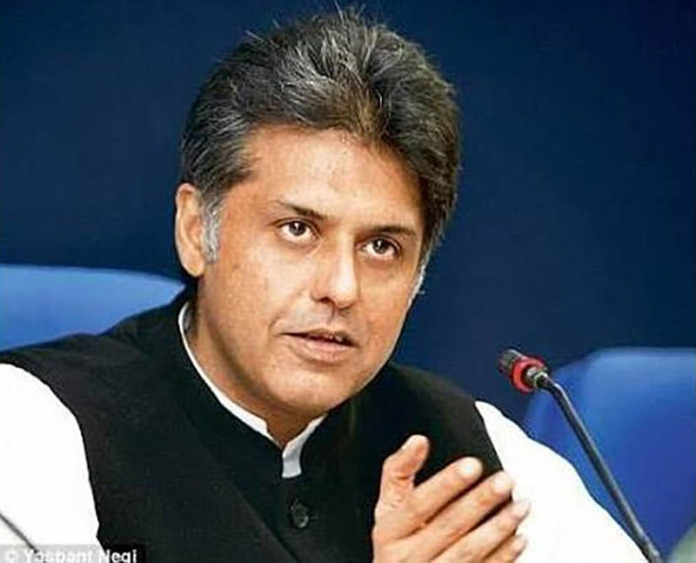 Even Iran, notwithstanding the decades of negotiations with the West, is still in no mood to give up on the nuclear option 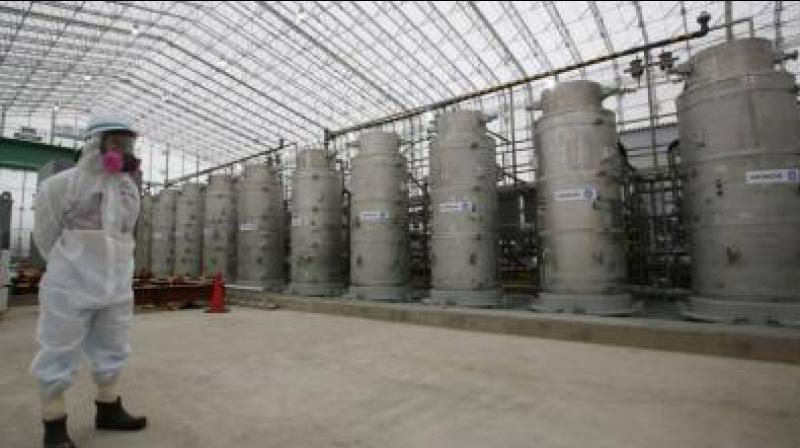 Whatever may be the consequences of Russia’s invasion of Ukraine, it has delivered a clear message to all countries who had recessed their nuclear aspirations that, if you forsake your nuclear programmes and make your security hostage to tenuous agreements and conventional deterrence, you wager your future. (Representational Image/ AP)

As one of the proponents of the Rule 193 discussion in the Lok Sabha on Ukraine, I had stated in the presence of external affairs minister Dr Subrahmanyam Jaishankar, “On December 26, 1991, when the erstwhile Soviet Union ceased to exist or when it was dissolved, Ukraine was the third largest nuclear nation in the world. It had the third largest nuclear arsenal in the world. In 1994, in terms of the Budapest Memorandum which was midwifed by the United States and Great Britain, Ukraine was stripped off its nuclear arsenal in return for amorphous security guarantees that if its peace or sovereignty was ever transgressed upon or trifled with, it would have their backing, but unfortunately, when the push came to the shove, these political commitments evaporated into thin air. We have a saying in Punjabi, it goes as such, “Rab nede ke ghasun?” which means, “Is God closer or is the punch?”, and unfortunately Ukraine traded amorphous security guarantees for what was a substantive tangible security guarantee it had in terms of its nuclear weapons and its nuclear arsenals. This is a cruel thing to say, but unfortunately given the times that we live in, I think it needs to be said.

So why did Ukraine give up its nuclear arsenal? Was Ukraine ever in operational control of the erstwhile Soviet Union’s nuclear inventory physically stationed on its soil? Even if it was not, could Ukraine not have reconfigured the command and control system of this arsenal? Could it not have maintained a credible minimum deterrent that was capable of being physically delivered from airplanes rather than having to be missile launched? What message does the lack of operationalisation of security guarantees qua Ukraine send to other states who have powerful and hostile neighbours to contend with? These are some very germane questions that need to be answered for they have a material bearing both on the iniquitous Nuclear Non-Proliferation Treaty (NPT) and the entire architecture of nuclear non-proliferation constructed by the P-5 or N-5 post India’s first peaceful nuclear explosion in 1974.

In tranquil moments post the Cold War, when even the clock of history had ostensibly been stilled and American power was at its zenith, there were still stationed 1,800 nuclear weapons on Ukrainian territory. They encompassed short-range tactical weapons and air-launched cruise missiles. These weapons were an anathema to the ayatollahs of the non-proliferation community in the United States and other Western capitals. They wanted these weapons to be swept off Ukrainian soil and for some bizarre reason handed back to Russia of all the nations, rather than being destroyed or at least defanged and demobilised.

The Clinton administration following the quintessential carrot and stick policy was successful in armtwisting a recently liberated Ukraine that was struggling to function as a nation state with a devastated Soviet era economy to contend with to sign on the dotted line in Budapest.

The now-infamous Budapest Memorandum delineated that Ukraine would commit itself “to eliminate all nuclear weapons from its territory within a specified period of time”. In return, the US, the UK and Russia undertook to fulfil a whole range of assurances to Ukraine.

The most significant of these was was to “reaffirm their obligation to refrain from the threat or use of force against the territorial integrity or political independence of Ukraine”. They also undertook to “refrain from economic coercion” against Ukraine and further to “seek immediate United Nations Security Council action to provide assistance to Ukraine” in the event of an “act of aggression” against the country.

Based upon these unambiguous security assurances, Ukraine fulfilled its end of the bargain and delivered its entire nuclear arsenal to Russia by 1996. However, in return, Russia converted the Budapest Memorandum into the proverbial dead letter by invading Ukraine in 2014 and now again in 2022 as the other two guarantors of Ukraine’s security did precious little to pre-empt or prevent this aggression and, worse, put no boots on the ground to come to Ukraine’s aid. 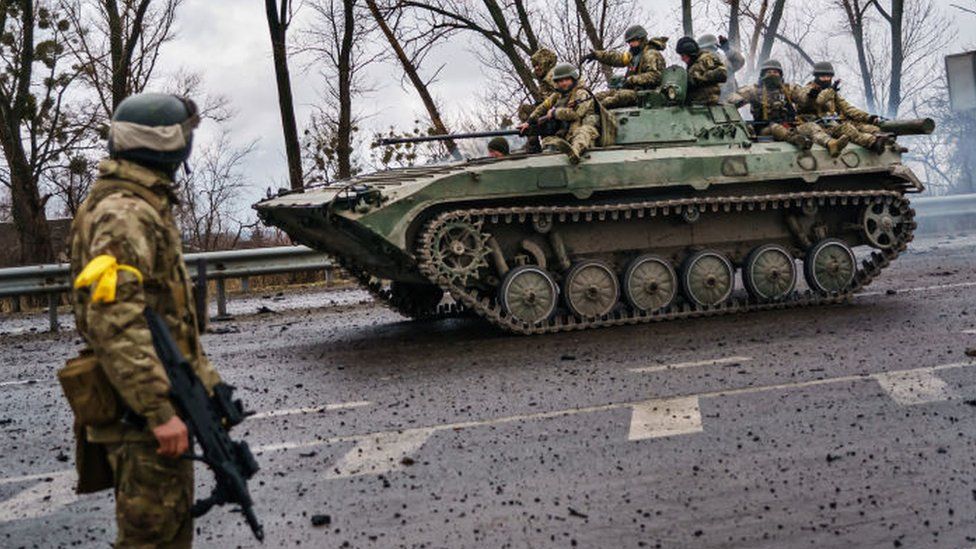 Could Ukraine have retained its nuclear arsenal? While the non-proliferation pundits would argue otherwise, there was really nothing stopping Ukraine from making a serious attempt at crafting a minimum credible deterrent way back in 1992, given the fact that if you take the broad civilisational sweep into consideration there was just no way that Ukrainians should have been so naïve to believe that one day the Russians would not try and resuscitate the dream of recreating either the Tsarist utopia or Soviet hegemony.

What would be the implications of the Ukrainian conflict on the second age nuclear powers as well as those nations that are a screw turn away from achieving nuclear weaponisation? The message is both portentous and crisp –those Westphalian entities who make the cardinal error of giving up their nuclear arsenals do so at their own peril. That was precisely the lesson North Korea internalised after Libya fell in 2011. Even Iran, notwithstanding the decades of negotiations with the West, is still in no mood to give up on the nuclear option.

The incapacity of the US to implement its Budapest guarantees would also reverberate in allied capitals that rely on America’s military assurances for their safety. It should come as no surprise now if Japan, South Korea, Australia or many other nations in Europe itself pursue their own nuclear deterrent. If Americans want to know why they should come out their current inertia of Jeffersonianism nuclear proliferation is the six hundred pound gorilla in the room.

In the past, South Africa had developed its own atomic weapon and had a neat stockpile of nuclear weapons but got rid of its arsenal voluntarily as it made its tryst with destiny to end apartheid. Brazil and Argentina, from the 1960s to the 1980s, scurried to build their own atomic weapons, but both eventually proscribed their programmes. Libya ended its efforts to obtain weapons of mass destruction in the early 2000s and, ultimately, the Gaddafi regime paid for it with their lives.

Whatever may be the consequences of Russia’s invasion of Ukraine, it has delivered a clear message to all countries who had recessed their nuclear aspirations that, if you forsake your nuclear programmes and make your security hostage to tenuous agreements and conventional deterrence, you wager your future. This inescapable cold reality of life will reorder the entire nuclear non-proliferation architecture in the months ahead. 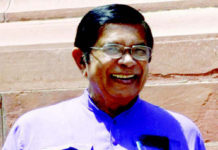 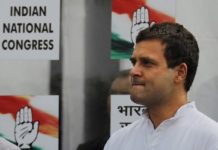 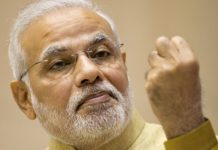